September 21, 2011 after a long four hour wait American Troy Davis symbol of the fight against the death penalty in through the world was executed by lethal injection at the penitentiary of Jackson in Georgia, United States of America.
This African American 42-year-old was convicted in 1991 for the murder of a white policeman Mark MacPhail shot dead in a parking lot in Savannah, he has maintained his innocence until the last moment of his life.
Troy Davis had already escaped in three performances with multiple litigation referring to doubts about his guilt.
Presented by his supporters as a prototype of the wrongly convicted black, Troy Davis enjoyed the support of figures like the former president Jimmy Carter, Pope Benedict XVI or actress Susan Sarandon and hundreds of expressions of support were held all over the world.

Robert Badinter said on the eve of his execution "when looking at this issue, seen that a young black man was sentenced in Georgia - with its old tradition of racism dating back to the time of slavery - for the murder of a white policeman, and that there's no physical evidence. The weapon, nobody does ever found it. Seven of the nine witnesses retracted, one of them going further still. More than twenty years later, we want to run it. Told that we are at the last degree of inhumanity"and add"preparing to commit cold-blooded, it is a crime, a judicial, and the worst crime it is, execution of an innocent person by the judicial machine blind... it will be a stain on the justice of the United States."

It is from this word of Badinter, this task, I decided to make this tribute.
Robert Badinter is the man who allowed me to become a more human and more free man facing the largest number that makes these capable majorities of the veules shares and crush the other.
Here we are in the blood, it's a murder and blood washes not with blood but with tears, or are they?
I hear that justice is done but there is nothing, the crime is and will forever remain.

I then used my own blood, indelible trace of the crime and with a 25 cent coin struck to the edifying of the Georgia State principles which are WISDOM - JUSTICE - MODERATION, I write the name of the victim of this judicial scandal TROY DAVIS in my research I had the chance to find it at the bottom of a pocket of a friend's car vacuum, she was waiting for me, and then discover the work evidence of triptych.
With the nine letters of the first name and the name and the three principles of the Georgia, it only remained that a expose this piece to belief as a point suspended on the future.
I await the day or the death penalty will be really definitely killing (which is the case in our European constitution, ah! this old EUROPE) to write my joy with my tears.
Troy Davis told the witnesses present at its implementation: "A people who are preparing to take away my life, God bless you."
And to add what he cries finally! 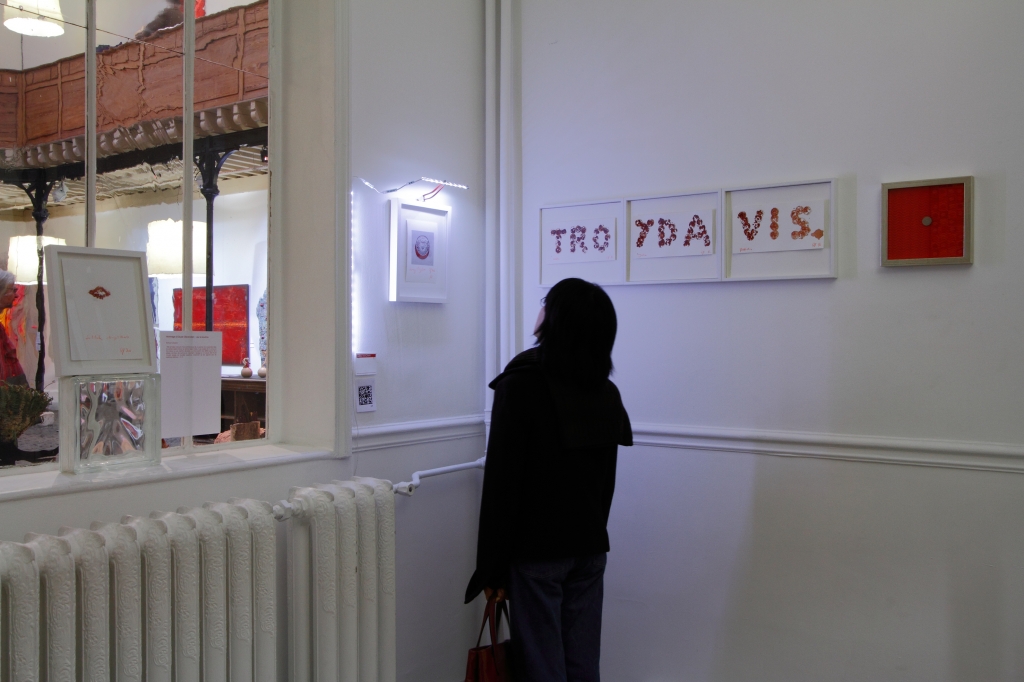